All students should take a quick glance at the Apple student discount at Apple’s online store. It shows that the standard MacBook Pro, which comes without Apple’s high density Retina Display, will now set consumers back $999.  This means that a solid student computer can now be purchased for under $1000 for the first time in Apple’s History.

Both student computer versions have therefore been cut by $100, making them a more affordable prospect both for new students starting college and those who are just about to graduate. 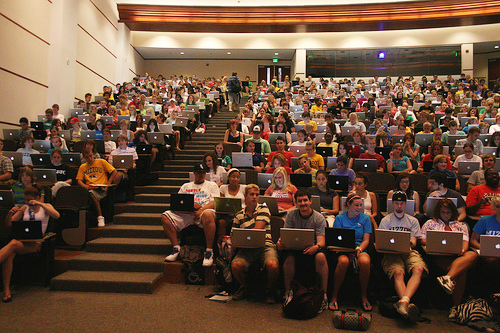 Apple hasn’t commented on the price-drop yet, but it’s likely a subtle move to quickly sell off a considerable number of non Retina Display models. With WWDC just around the corner, we wouldn’t be surprised if Apple refreshed the MacBook Pro again, either discontinuing the non Retina Display models entirely or giving them a further price drop for standard consumers.

If you are a student that’s ready to upgrade your Mac or a parent looking for a graduation gift, give us a call to order the MacBook Pro with the Apple student discount and get set up!

If you like reading about tech, you should check out our blog! We post regularly about common fixes, interesting gadgets and time-saving shortcuts.

If you can't quite find what your looking for, try searching our entire site with the search box below or feel free to give us a call - we are happy to help!